Scenes from a liturgy conference

Below are some photos from the Sacra Liturgia 2013 conference in Rome, which was held at Santa Croce (my second alma mater) in June. 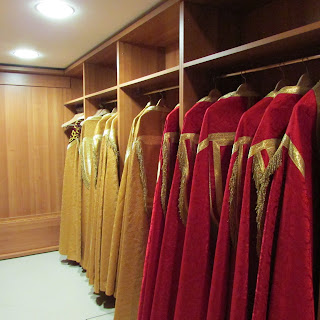 First of all, it is important to know that we had 14 copes delivered and then traveled with them back to France. 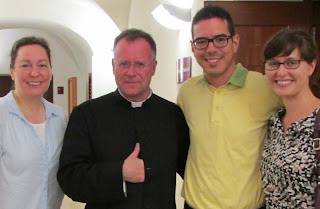 I got to see old friends, which was a very good thing.

Had lots of entertaining discussions over noodles each evening. 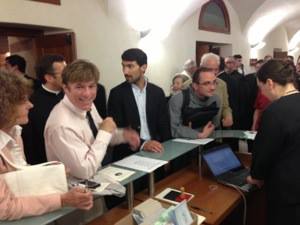 Vaguely familiar faces kept turning up at my desk to register. 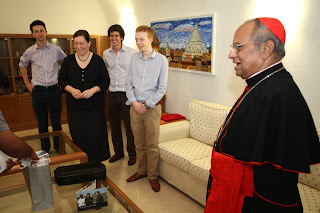 These young chaps were supposed to help me...but as with so many things in Rome, appearances can be deceiving. 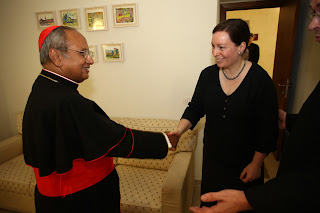 It was great to meet Cardinal Ranjith again after four years. 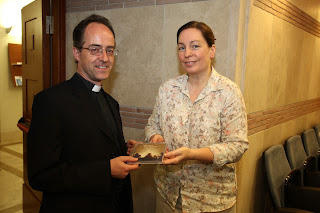 It was also great to meet Msgr. Stefan Heid at last and present to him some of the conference goodies.  His book on clerical continence in the early Church has been most useful to me in my doctoral research. 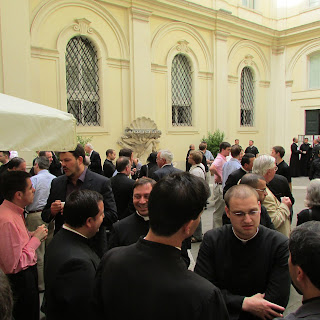 There were lots of clergy in attendance -- more than 100 out of the 300 or so delegates.

All the lectures were excellent. 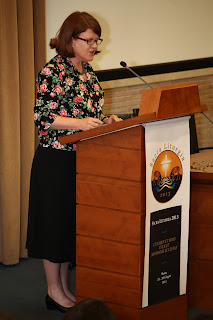 I don't understand the kerfuffle about Professor Rowland and her outfit (it shouldn't matter what she wore, of course -- the main point was that she gave an amazing lecture!). 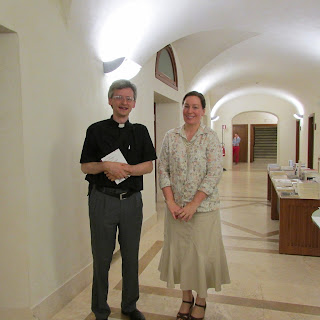 It was a gift to spend time with Don Davide -- this alone was worth the trip. 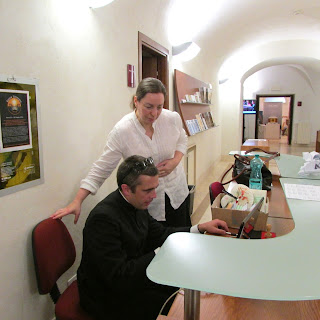 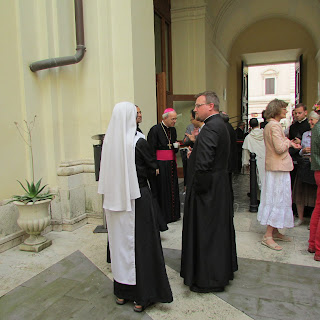 Bishop Schneider joined us, which was unexpected but very nice. 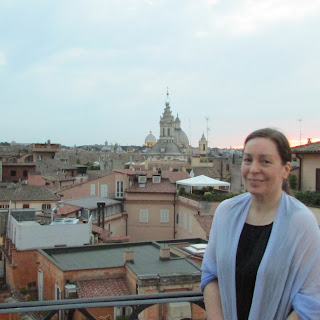 Long before the conference was over I was already very tired. 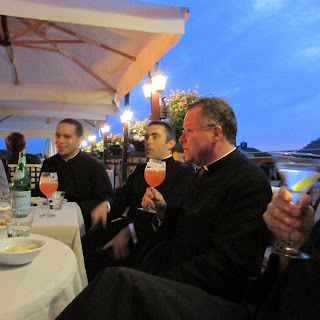 We went for drinks at the Minerve when the conference was over. 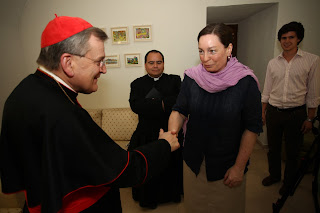 I forgot to mention:  I also met Cardinal Burke again after four years.  I had been at a dinner the evening before with him and some of the other conference speakers, and had the chance to make some comments/clarifications about the tribunal on which I serve (all tribunals send a report to Cardinal Burke's office, the Apostolic Signatura, every year).   O:)   Hence the complicit expression. 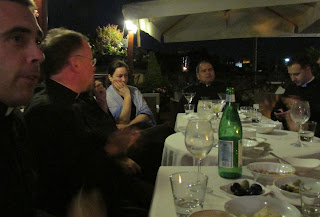 Back at the Minerve, even more tired 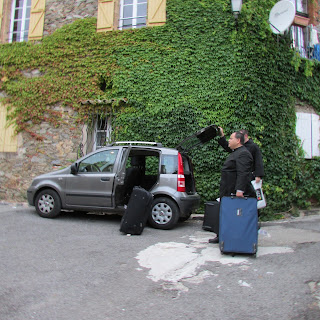 We traveled back to France with the 14 copes. 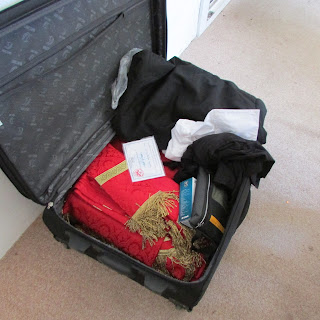 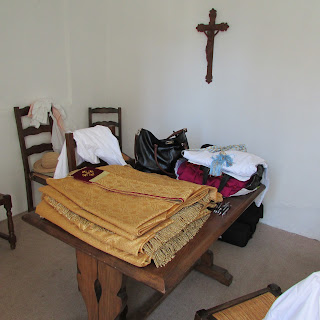 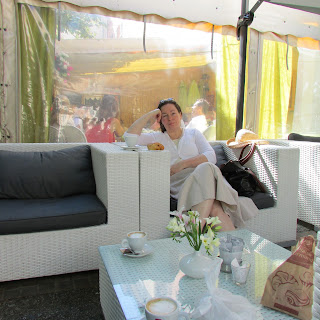 And updates about the publication of the conference proceedings will be on our website:  http://sacraliturgia2013.com/