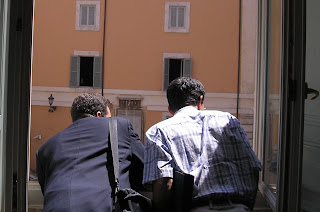 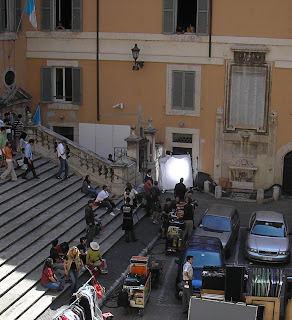 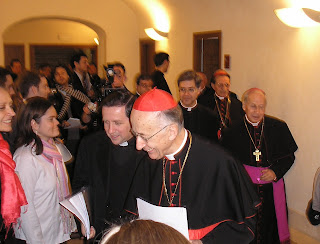 At Santa Croce, life continued on as normal while Angels and Demons was being filmed in the piazza behind the university. Little did the film crew know that they were being observed from the classroom windows by albino-monk-assassin-trainees, and that the place was crawling with real live Cardinals!
Posted by Casa Santa Lidia at 03:40