Today would have been Father Jaki's 85th birthday. I thought I would post some photos of Father as I most often saw him: saying utterly fascinating things and cracking subtle but sidesplitting jokes. 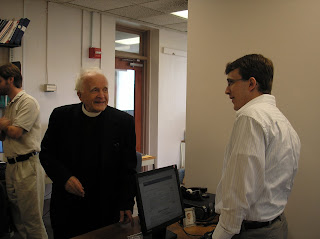 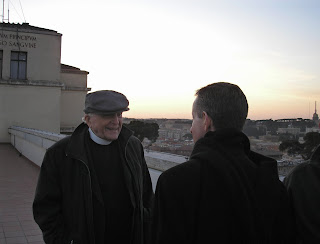 Atop the North American College, just before his final lecture. Father loved to meet new people. 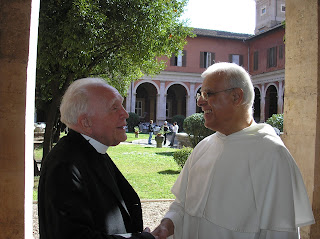 With Father Agius at the Angelicum, Rome 2008. 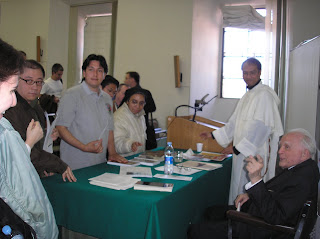 Catching Mary when she least suspected it! (At the Angelicum, March 2008) 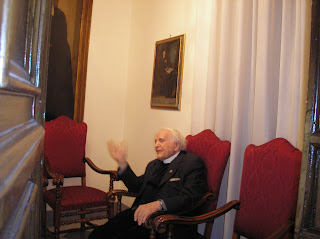 Regaling Don Oscar Maixe and me with stories of his student days in Rome in the late 1940s (in the rooms of St. Philip Neri at San Girolamo della Carita, March 2009).
~~~
Father had an immense gift for friendship and loved young people [ok, and some not so young! O:)].
Posted by Casa Santa Lidia at 07:55

Thanks for those great pictures. Happy birthday, father Jaki, we miss you.